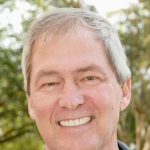 Since 1975 Dr. Young has been a faculty member in higher education, serving as an Assistant Professor at Campbellsville College, and Auburn University in the 1970s.. At the University of Arkansas, beginning in 1980, he served as an Assistant Professor, an Associate Professor, Full Professor, and University Professor (a rank held by only 12 faculty members within the University, at the time of Dr. Young’s appointment). Dr. Young served at New Mexico State University from 2007 -2012.He arrived as Associate Chair for Research and Doctoral Studies in the Department of Health Science, and also served Chair of the Department, Associate Dean for Research and Faculty Affairs in the of College of Health & Social Services, Director of the Southwest Institute for Health Disparities Research, and Director of the Southwest Survey Research Center. Dr. Young has been at UT-Arlington since November, 2012, where he serves as Associate Dean for Research in the College of Nursing.